A downloadable game for Windows

Buy Now$4.99 USD or more
Q&A
Q: Why is this game not free?
A: This game's status is currently set to "in development" which means that you fully acknowledge you're purchasing an incomplete title. This is common practice for basically every "early access" type of game and nothing new.

Please note however that some initial support is very much essential in this case, as continuing the dev process according to current plans would be extremely hard to pull off otherwise.
Q: Will there be a Steam / macOS / Linux / whatever version?
A: Very likely! Given enough time for development and testing, the goal is to bring Death, Love & Carrots to as many platforms as possible.
Q: I'm having technical difficulties / I found a bug, what now?
A: Feel free to leave a comment, or better yet, send an email with your inquiry to support@thraxxmedia.com
Q: Will there be more locations?
A: Absolutely. The finished game is going to take place in at least five different environments, each with their own art assets and level designs.
Q: The story is weird and makes no sense and the animals are stupid.
A: That's not a question.
But... thanks, I guess?
Q: Would you ever consider an EPIC exclusive deal?
A: Are you fucking kidding me?!
More information

In order to download this game you must purchase it at or above the minimum price of $4.99 USD. You will get access to the following files:

p.s. only just  noticed your Q&A regarding Steam, so please ignore my question about  a Steam release.  Great news.  :)

Never mind, every bit of feedback is much appreciated :) the reason why I haven't put this on Steam yet is twofold: first, there simply isn't quite enough content yet. I believe a Steam release should always be something substantial, at least at its core (even if the game would still be in early access).

And second, releasing on Steam usually comes with a fee that I cannot afford at the moment, unfortunately. It's not astronomical by any means, but it's just not worth it if I can't be sure whether or not the sales will be able to recover it.

The game looks excellent.  I'd love to see this game released on Steam; perhaps in early access until it's finished.

I would certainly consider buying it if it was released there as I prefer to keep my games in one place (i.e. client).

As Steam has a fantastic community and some innovative game tools  that allow me to keep my library  they way I like it, I've stopped buying games  from other sources.

As I have thousands of games (my Steam profile is Whiterabbit-uk), I don't mind missing out on games I would like to purchase; so its always nice to see   games such as yours  released to Steam.

I'm all for supporting small indie developers like yourself who release decent games; not the £0.79 games that seem to abound on Steam that in the main have been released  by wanna be developers using those free game engines to    released  umpteen  trash games  with virtually no real  game play value; most can hardly be called a game.

I'd like to know what's the average time to beat this game?

Since it's not out of development yet, you can't really "beat" the game. In its current state however, I'd say the average player would be spending anywhere between 15-45 minutes to see absolutely everything, depending on your platforming skills.

Of course, this doesn't include any content updates that are still to come. The finished product is intended to take several hours to beat.

Is there a press kit available? I'd like to learn more about the game.

Not quite yet, I'm afraid. But the game is currently free to download until the end of December, so you could test it to your heart's content. :)

Supported your game at our blog https://belongplay.ru/death-love-and-carrots/

Thank you, very much!.

Thanks for making such nice game free.

I uploaded the .exe to Virus Total and it detected adware. Explain this.

It's a false positive. The game is entirely made in GameMaker Studio 2 and uses no external or third party plugins; so if you have any concerns, please report to YoYo Games (the creators of the engine).

Hello, can you please send me a screenshot of the error you're getting? Preferably in English, since I don't speak Russian, unfortunately.

Currently there is only one language available (English). More localization options will follow once the game is completed. Right now I can't say though when that will be. 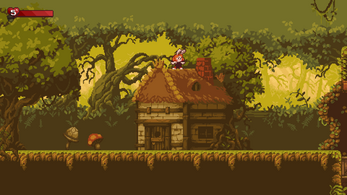 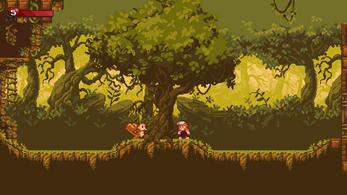 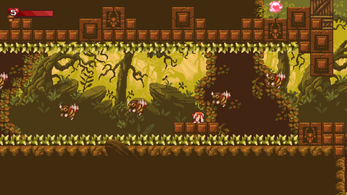 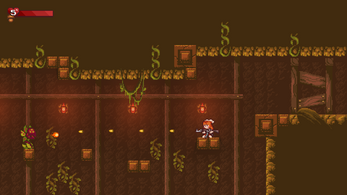 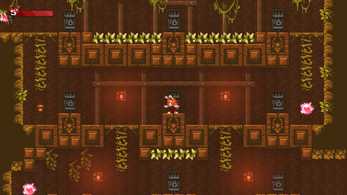 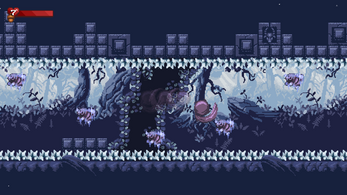 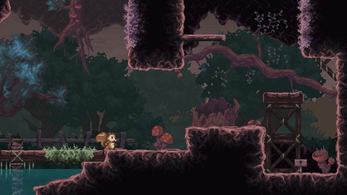